Building leaders is hard. We can all agree on that. It’s a lot easier to buy them by employing new staff members, or to wait for high-energy, highly motivated transfer growth and then sign these people up to fill the holes. But building leaders, especially if you’re starting from scratch, is a complicated and multi-year enterprise. Some people have a beautiful leadership statue within, but they come to us pretty much as a featureless block of rock. You may ask yourself, “Can I be bothered to do that much chiseling?”

I’ve asked multiple groups of church leaders, “What makes it hard to build leaders?” Amongst all the varied responses, the same underlying answers came up again and again. (Full disclosure: as well as the common observations we’ll discuss, fairly frequently a generational war of words broke out between those who think millennials are lazy and those who think boomers are entitled. Not quite sure yet what this signifies, but it happened a lot.)

These thoughts aren’t necessarily wrong. There’s truth in all of them. Quality is important. There is a reasonable level of control that is responsible. It does often take more time to train a person than to just do it yourself.

But, more often than not, if we’re being honest with ourselves, there are other more subterranean dynamics that fuel these challenges: pride and fear.

A desire for quality can be a good and right aspiration. And maybe it’s true that if someone else does this activity then they won’t do it as well. But it’s also possible that pride and fear are the driving forces.

Is it really so bad if this is done not as well as you do it? Have you always done it so well? Are you afraid that people will leave if it’s not done to a certain standard? Does it absolutely need to be done to that level of quality to be effective? Or can someone else do it slightly less-well while as they grow and get better, still being helpful and effective?

There is a certain level of control that is appropriate. We don’t want everybody going off and doing whatever they like. You want to make sure people are doing what they’re supposed to be doing, and that they’re doing it well. But we all know that control can easily slide over to being controlling. This slide is often fueled by pride and fear. There’s very little virtue in things being out of control, but there’s equally little virtue in being controlling.

Time can also be a legitimate barrier. Lack of time is a genuine issue. You already have too much to do, and training someone is just another thing to add to the list. But it’s also possible that the blockage isn’t really a lack of time. Rather, this is a task that you just enjoy doing and don’t want to give up. But you know? Sometimes, beneath “I enjoy it” is actually more pride and fear. Sometimes the reason you like doing it so much is because you know you can do it well, and so you feel better doing it than the leadership and coaching stuff you know you should be doing but that you’re not yet good at. And maybe these tasks are the ones that people praise and thank you for. If you spend more time doing the leadership stuff, there’s not going to be as much praise because you’re not great at it yet and there’s less people who see it.

There are many reasons why building leaders is hard. There are environmental and societal factors. There are challenges in the other person. There is the inherent difficulty of leadership itself. But one of the most challenging and most-overlooked factors is our own issues. The pride and fear that live within each one of us are a deadly poison that can sabotage our efforts to build leaders before we even start and before we even know it.

So what do you do if you suspect that pride and fear are interfering with your ability to build leaders? The flippant answer is that you need to get your ego in check. In real life, that’s brutally hard to do, even just as a one-off, let alone consistently. So how do you rein in an ego that’s getting in the way? What I’ve learned about this is that it’s actually a thousand small decisions over a long period of time. But here are four general principles to get you started, plus a fifth if you’re really serious.

It’s hard to build leaders. It’s hard to build yourself as a leader who can build others. But we don’t have any other option. The harvest is out there, and we must be faithful servants who grow and train more workers for God’s service. 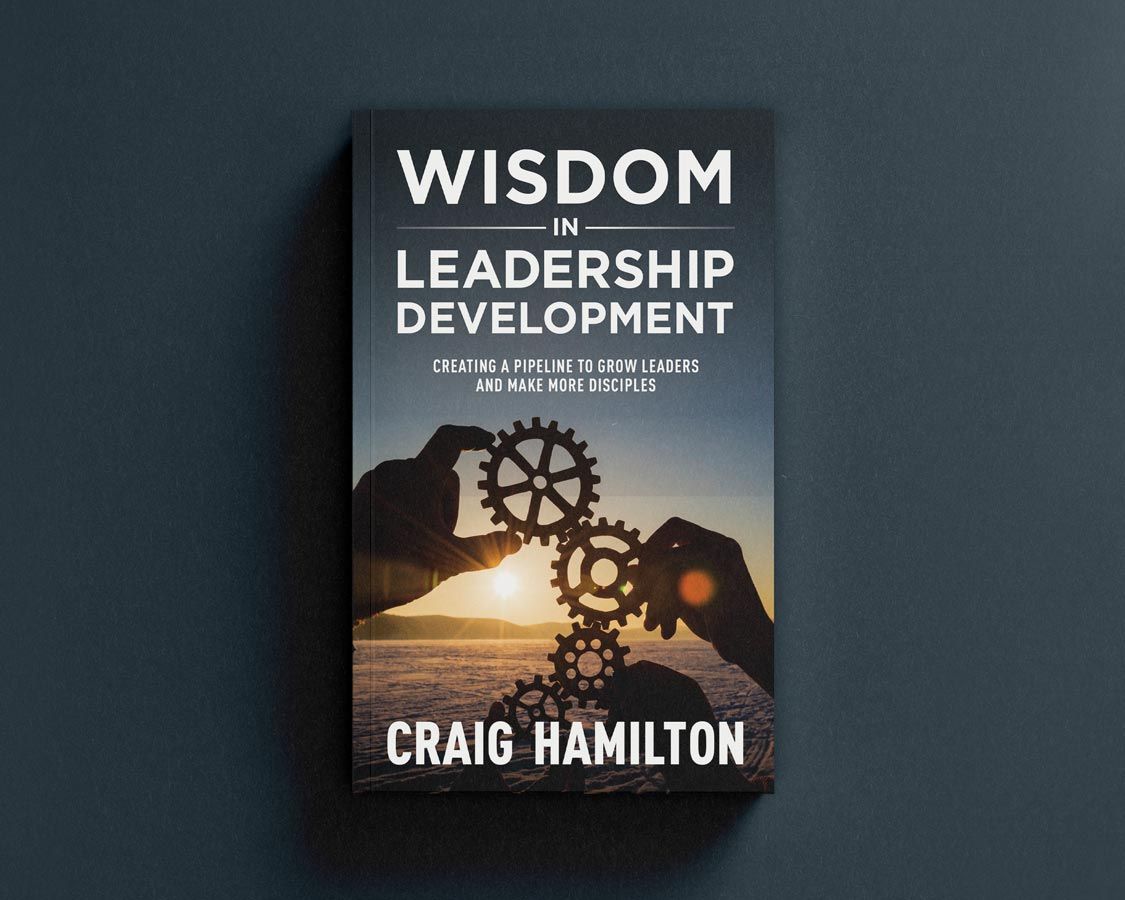 Craig became a Christian in junior high school and thinks Jesus is easily the most impressive person he has ever met. He’s passionate about serving alongside and equipping teams, and is the author of Wisdom in Leadership, Wisdom in Leadership Development and Made Man.
Tags  Craig Hamilton, leadership

Rather than fizzle, end the year with intent.
Read more